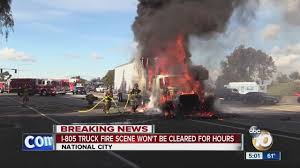 Well yes – literally and figuratively.  In a literal sense, the media, and more broadly the entertainment industry, do promote Satan.  It’s a fact.  Just look at the television show Lucifer, which projects a benign image of the evil one.  Countless other films and TV shows have depicted Satan in a positive light too.

But in a broader sense, the media does Satan’s bidding without consciously thinking about it.

How does the media promote Satan’s work?  Recently, I was reminded of the tragic story of Charles Templeton, the former evangelist who preached with the late Billy Graham.  He was the rising star who lost his faith and in the end devoted his life to declaring that God could not exist.  How did he fall?  What caused his faith to crumble?

Then I turned on the television, and a possible answer came to me.  We are all washed in a sea of negativity, as Templeton was even before the days of cable news.  Day after day, we’re told of stabbings, shootings, earthquakes and fires.  All of the negative and evil on this earth gets top billing.  The old saying, “If it bleeds, it leads” has never been truer.  Without consciously planning, the media is putting the spotlight on the work of Satan and the consequences of Adam and Eve’s sin and the resulting fallen world.  Through their constant spotlighting of tragedy and the macabre in a never ending quest for higher ratings, the media leaves God out of the picture.

What if someone started a Good News Channel?  Years ago, the concept of a weather channel or a cooking channel was laughed at.  Now the naysayers wish they had a second chance.  What would something like a Good News Channel look like? Well obviously, the literal and ultimate Good News is the gospel - the hope for salvation given to us by Jesus Christ must always be center stage.  But beyond our central mission of being ambassadors for Christ is our responsibility as Christians to make an honest appraisal of the good old planet earth that Father God put us on.

The end will come, but right now there’s still plenty of love and beauty in the world to highlight and celebrate.  Recently, while babysitting some of my grandchildren, I was amazed at the beautiful screen saver images that automatically displayed on my daughter’s TV.  Image after image of gorgeous landscapes, waterfalls, sandy beaches and stunning sunsets played for more than an hour. I never saw one of the magnificent scenes repeated.  How beautiful the earth is I thought – even in its fallen state.  We focus on the negative, but if we ever focused on all the beauty and goodness that God has bestowed on this earth, we’d be amazed.

Still plenty to be thankful for. Stunning natural beauty, neighbor helping neighbor, beautiful projects of restoration, selfless acts of kindness – what if we highlighted them on a 24/7 basis?  Wouldn’t that encourage others and also remind us all that despite our damaged world, what God has left us to work with is still by and large incredibly beautiful?

If we don’t restore balance – the darkness with continue to overshadow the light. A TV show of nothing but good news would go a long way toward bringing back some equilibrium.  In the meantime, let’s do our part by giving God credit for all of the good he does every second of every day – often through man.  We can start by admiring his beautiful creation.  Your thoughts?

Hey Jeff. I just stumbled over your blog while googling. I too am a 1960’s product but I think my journey was always rooted in Jesus Christ. My problem like that Guess Who song that stated “too many churches but not enough truth”. I’ve been bobbing trying to stay afloat. Love your to the point words

John, thanks for the kind words and taking the time to comment. I agree that the Who song kind of nails it. We do have a lot of churches today with no concern for some of the harsh truths about life and death that people like me need to hear. Thanks for the support. I have new material planned for the near future. Good Bless.