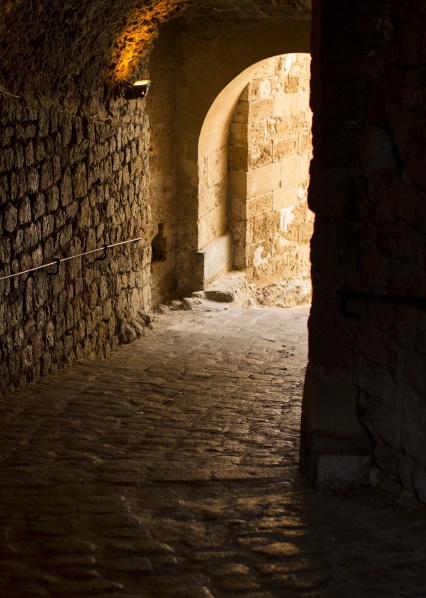 Organized religion has doubts
Last year, I received a letter from the associate pastor of a major evangelical ministry who had read Final Departure.  I greatly respected their ministry, and I had sent them a copy in the hope of getting some feedback. While their overall impression was highly favorable, they did express some unease that one of the foundational premises of the book was based on near-death-experiences (NDEs).  They were concerned that I had attributed too much credence to them. I’ve seen many other Christian pastors denounce NDEs as satanic or something negative that should be ignored.

Why did I include NDEs at all?
Final Departure is a novel that presents information, that when evaluated as a whole, becomes a body of circumstantial evidence that tends to prove that God exists.  Just as I did in my previous career, I surveyed all potential evidence and evaluated each category for relevance and strength of supporting facts.  I found NDEs to be a compelling body of eyewitness testimony that should not be ignored in my view.

Did I just make up the information about NDEs?  After all, my book is fiction.
I studied many hundreds of NDEs and read many scores of books about specific NDE accounts.  I also read professional NDE studies done by members of the medical and scientific communities, and I interviewed NDE witnesses.  I simply summarized my findings via the dialogue of the novel’s protagonist.

Stories from NDE witnesses are just anecdotal information. I can’t prove anything based on anecdotes – right?
True. Anecdotes are unverified stories provided by untested individuals.  In cases where NDE witnesses’ cases are examined by impartial professionals, their accounts take on new weight.  Their “stories” are examined, tested, and compared with all available information surrounding the events in question. They cease being anecdotes.

In the criminal investigation profession within the law enforcement community, eyewitness testimony – in the absence of direct physical evidence - is sometimes the strongest – and in some cases the only evidence proffered in a trial as fact.  Either the jury or judge decide the facts have been sufficiently established or not.  In the case of NDEs, I believe the consistent reporting of many thousands of NDE witnesses tends to reveal a distinct pattern of common elements in their experiences. I also believe those common elements tend to establish beyond a reasonable doubt that NDEs are a unique phenomenon that do occur.  What can never be established is the authenticity of each reported NDE and the reliability and veracity of each individual witness. Just as in each criminal trial, the witnesses and evidence must be examined on a case by case basis.

Why the focus on hellish NDEs?  Aren’t I worried about scaring readers away?
No, I feel I have a moral obligation to present the facts – in this case through my novel.  Based on my own review of past research on the subject, I believe hellish NDEs are the most underreported and under-studied form of NDE. I believe that God, through Jesus Christ, is trying to warn mankind that hell is real and that the only way to avoid an eternity of misery is to repent, humble yourself, and develop a true relationship with Jesus Christ.

Jeff, I'm with you 100%. My wife and I love to read books by Christians who have visited heaven, either in a vision or an NDE or a DE! They are strong witnesses, for the reasons you gave. (You met me at the 2018 GPCWC. I'm with beard, tall, smiley, glasses, late 50s. Thanks for your ministry.)

Cal, thank's for the feedback. I wish more Christian's thought like you did. I will continue to explore the topic and report. I do recall meeting you. Thanks for taking the time to share!