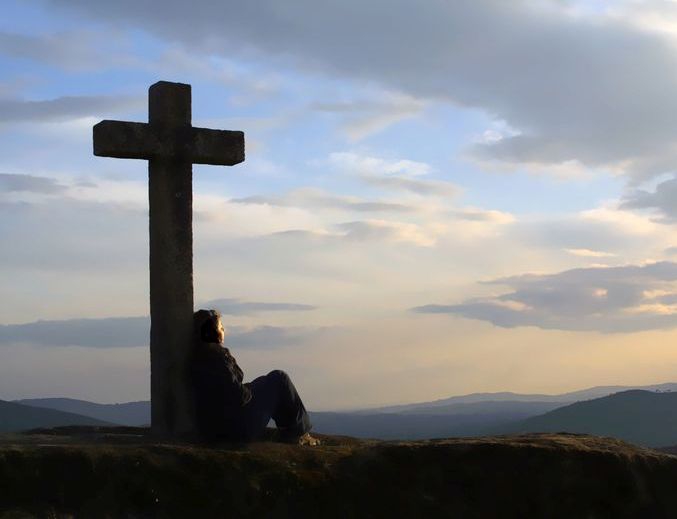 Join the club.  When I walked out of my home church at the age of fifteen, I felt I didn’t need organized religion anymore. I thought I had all the answers about life.  I’d become mesmerized by the decadent 60’s, a time when God was replaced in our culture by sex, drugs and rock and roll.

I didn’t darken the church’s doors for over 20 years. But then something happened.  Years later, I read a profoundly disturbing book about death and hell, and something deep within me woke me up from a spiritual coma.  When I came to, I was shocked. I realized I had led a self-centered life and ignored God’s call.  I had wasted years, and now I felt I needed to make up for lost time.

But how?  I didn’t know anything about the Bible, so I started devouring as much information as I could about the scriptures and the current state of the Christian church.  What I found was a confusing hodge-podge of conflicting messages – some strong and some very weak – that left me perplexed and concerned.  So I read and studied the research of others.

When I finally found my spiritual bearings, I felt a strong need to help others who either had no faith at all or who had faith but didn’t know why.  I felt a need to pass on information I had collected to eliminate confusion and doubt.

In the coming months, I’ll attempt to address questions about the Christian faith and related issues on a very basic level.  I’m a simple man, so my posts will be straightforward.  To the best of my ability, I’ll strive to produce content that will adhere to the following standards:

No Christian Speak:  I’ll be walking in a season of great anointing as I follow the path that leads to victory. Say what?  To a seasoned Christian, the foregoing statement makes perfect sense, and to the experienced follower of Jesus Christ, I mean no disrespect.  However, as a newly-restored Christian, I found such statements to be vague and confusing.  I’ll make every effort to write in clear, concise language that is devoid of Christian insider talk.

Back up my call to faith with facts:  I’ve heard many Christian teachers say that we should believe the Bible because it says it’s true.  While that’s technically correct, such a statement will turn off many readers who have no knowledge of the Bible and are simply seeking answers.  The physical world is full of material facts that support the content of the Bible.  I’ll draw on those facts whenever I can.

Address the supernatural content of the Bible without over-spiritualizing:  A supernatural event is a real event of unexplained origin that takes place in the time and space of our physical world.  In many cases, such events can be described in plain English.  As described in Mark 9:2, when Jesus Christ climbed a high mountain (most likely Mount Hermon) with Peter, James and John, he was “transfigured.” and his clothes became radiant and intensely white.  “And there appeared to them Elijah with Moses, and they were talking with Jesus.”  While a seasoned Christian might proclaim that Christ emitted “glory,” a more technologically accurate manner of describing the scene would be that he was emitting a form of intense energy that had supernatural origins while he spoke with previously-deceased servants of God. Describing supernatural events in plain language will make for clearer discourse and hopefully add to readers’ edification.

Address current events from a Biblical world view:  Much of what we see happening around us today was predicted in the Bible.  The cultural shifts in our society are sometimes slow and incremental and at other times, rapid.  I will attempt address such shifts with honesty and objectivity while remaining grounded in the truths of the Bible.  You may agree or disagree with me.  All I ask is that you respond politely and with honesty and sincerity.

Off we go.  I look forward to hearing from you and our subsequent exchange of ideas in the coming months.